I had just arrived at CLI in Guilin in September 2016. Just like last year, I was hoping to enhance my Mandarin level by taking another four weeks of one-on-one classes. It felt good coming back; everything was so familiar, everybody was so welcoming. I was excited when I saw my class schedule. Katherine would again be my main teacher, with Lee I would have my first male teacher (promising a fresh new perspective), and Summer and I would work on my speaking and listening skills.

Summer with her big smile, captivating and easy-going personality also organizes most CLI’s activities. You’ll read a lot more about her in other postings. At our first class, she asked me what I knew about Hangzhou where the G20 summit took place at that time. Of course, I had heard of the famous West Lake – I even spent a week in Hangzhou the year before! And about the legends? Yes, my then tutor and now close friend Melody had told me the story of Madam White Snake in fall 2011! There’s another one, equally famous? And so, Summer started telling me the tragic story of the Butterfly Lovers, often compared to Romeo and Juliet.

We also watched part of the G20 cultural performance, “Hangzhou, A Living Poem”, featuring a symphony concert and gala on water. The actors perform on lifting platforms, giving the impression that they dance like fairies on the lake. Even if you don’t want to watch the whole video, just peek in at different times, and you’ll agree that it was simply a masterpiece!

By now, you’ve probably noticed that learning another language, even as difficult as Mandarin, can be a lot of fun!

Hangzhou is known for its natural beauty, and West Lake has been immortalized by countless poets and artists. There is the famous saying:

Up in the sky there is heaven, down on earth there are Suzhou and Hangzhou.
上有天堂，下有苏杭 shàng yǒu tiān táng , xià yǒu sū háng

I will never forget my week in Hangzhou in June 2015. As so often before, my good friends from Ningbo / Shanghai had taken care of me and arranged accommodation for me at a wonderful resort surrounded by tea plantations. The four of us spent a fabulous weekend together, shared meals and explored some of the downtown attractions including West Lake. Left to my own devices, it was time to catch up on work and to visit more of the many Hangzhou attractions.

I loved Hupao (“Dreaming of the Tiger”) Spring Park, spent hours at Lingyin Temple, was fascinated by the Eight Diagram Field, thought long about the 2015 Graduation Exhibition at the China Academy of Art, roamed downtown, got lost in the most beautiful bamboo forests, climbed mountains, and wandered around in the zoo. Plenty to share in another post.

At Lingyin Temple = Temple of the Soul's Retreat

On the way to downtown

Walking up another endless flight of stairs

Tea plantation at the resort I was staying at

The famous West Lake, however, failed to impress me. And it wasn’t the lake’s fault. It was pollution that covered all lower lying areas with a thick brownish blanket. As soon as you got to higher elevation, the sky was clear and blue, but below there always was the same sad sheet of smog.

Walking along the river one day, I wondered why my eyes hurt. I squeezed them as if I was in super bright sunlight although the sun barely penetrated the haze. It’s a strange, surreal, and uncomfortable feeling that I can’t describe. Then I mentioned it to someone who instantly knew what I mean; in the past, he had helped fighting wild fires where he experienced the same phenomenon.

... the lower lying parts of Hangzhou were still covered by an ugly layer of smog.

I found this image surreal.

Walking along the river...

As far as I can tell, the City of Hangzhou is doing what they can in terms of planting trees and greenery and restricting traffic. It’s just not enough. For big events like the G20 summit, China’s government has applied drastic measures, closed factories, put a big part of the population out of work and kept private cars off the streets as much as possible – just to clean up the air for a few days. But that’s not feasible in the long term.

Unlike most of us in Canada – including myself! – all my friends in China turn off the light when the leave the room, even if it is only for a coffee break. People often wear coats instead of turning up the heat. On the roofs in Kunming there are solar panels for hot water everywhere. Public transportation is well developed and used (I never missed not having a car). Scooters are electric… I dare say that individuals in China are a lot more energy conscious than we are.


I encountered this sad climate state in the middle of summer. While I’m writing this, it is winter and countless parts of China are again seriously effected by horrible air quality ratings. When I first looked into these environmental questions in China a bit further, I felt depressed and hopeless. Then I stumbled on Chai Jing‘s documentary Under the Dome. The journalist picks up every major cause one by one, briefly describes it, and then follows up with simple workable steps towards a solution. In one example, she pointed to London, England, to show how they lowered air pollution by washing the coal before use until a permanent replacement for coal is found. It gave me hope.

Unfortunately, current reports from London, England (“London takes just one week to breach annual air pollution limits”) and Paris, France (“Paris has suffered its most serious surge in air pollution for a decade “) indicate that Europe hasn’t solved the problem either. How does a populous country such as China stand a chance? Yes, once again I’m depressed. What have we done to our planet??? 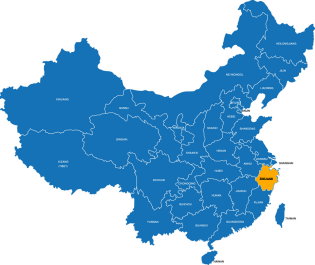